Here are the first wave of films to be included in the 25thAnniversary Celebration this October 25 to November 1. 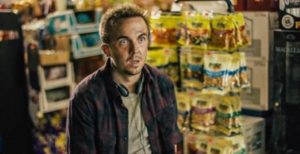 When a lonely 7-11 clerk has sex with a mysterious woman, his world begins to unravel in a horrifying fashion. Plagued by illness and nightmarish visions, the clerk believes he’s the target of a sinister occult plot.

BOY ERASED tells the story of Jared (Hedges), the son of a Baptist pastor in a small American town, who is outed to his parents (Kidman and Crowe) at age 19. Jared is faced with an ultimatum: attend a conversion therapy program – or be permanently exiled and shunned by his family, friends, and faith. Boy Erased is the true story of one young man’s struggle to find himself while being forced to question every aspect of his identity.

CAN YOU EVER FORGIVE ME?

In CAN YOU EVER FORGIVE ME?, Melissa McCarthy stars as Lee Israel, the best-selling celebrity biographer (and cat lover) who made her living in the 1970’s and 80’s profiling the likes of Katherine Hepburn, Tallulah Bankhead, Estee Lauder and journalist Dorothy Kilgallen.  When Lee found herself unable to get published because she had fallen out of step with the marketplace, she turned her art form to deception, abetted by her loyal friend Jack (Richard E. Grant). 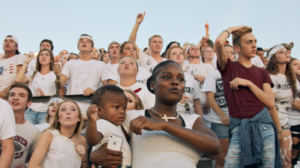 Fathers of Football follows the triumphs and struggles of life in a small Oklahoma town, where high school football is not only the brightest stage, but also the best ticket out.

In a small town filled with secrets, a struggling family prepares for the Rapture. 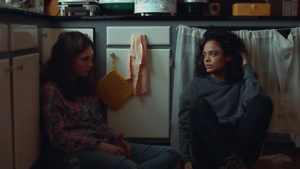 A modern Western that tells the story of two sisters, Ollie and Deb, who are driven to work outside the law to better their lives.

College-bound teenager Nat offers itinerant 30-something mechanic Richard a ride during a stop-over in small-town Texas. 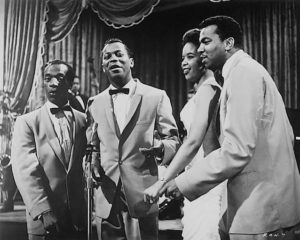 ROCK ALL NIGHT (1957) PRESENTED BY ROGER CORMAN AND ROBERT RODRIGUEZ

Cloud Nine, the local teen hangout, has been taken over by a pair of escaped killers, who hold the local teens hostage. The bartender realizes it’s up to him to save the kids. 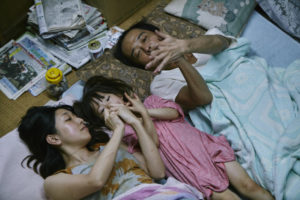 After one of their shoplifting sessions, Osamu and his son come across a little girl in the freezing cold. At first reluctant to shelter the girl, Osamu’s wife agrees to take care of her after learning of the hardships she faces. Although the family is poor, barely making enough money to survive through petty crime, they seem to live happily together until an unforeseen incident reveals hidden secrets, testing the bonds that unite them…

A lonely college student grieving the loss of his mother finds purpose at a local mega church’s summer internship evangelizing the ‘lost.’ As the summer continues, his new faith is put to the test.

Want to see these films and 150 others not yet announced? Get your Badge or Film Pass today! Film Passes are only $75 for a limited time.