Skip to content
**EAT THE CLUES**
After being kidnapped and held hostage for 20 years, Joe (Josh Brolin) has finally been released inexplicably and is ready to figure out why. Can you help Joe find what he’s looking for?
For a chance to win the actual hammer used by Josh Brolin’s character in the film, tweet us (@FilmDistrict) a photo of a dumpling at your favorite local dumpling spot with the hashtag #eattheclues. The contest ends on October 20th and a randomly chosen winner will be selected the following day on October 21st.
Also, check out this exclusive video: https://www.dropbox.com/sh/orpzwdylr7a3cbe/ZwL7gEDcEy 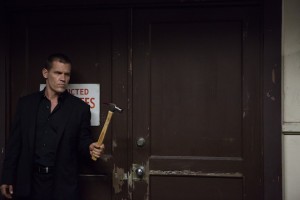 www.HotelOldboy.com
Facebook: https://www.facebook.com/OldBoyMovie
Twitter: @FilmDistrict
Subject to Official Rules, available at www.oldboyfilm.com/DumplingTastingSweeps.html
****************************************************
***OLDBOY opens November 27, 2013 in theatres***
OLDBOY is a provocative, visceral thriller that follows the story of Joe Doucette, a man who is abruptly kidnapped and held hostage for 20 years in solitary confinement, for no apparent reason.  When he is suddenly released without explanation, he begins an obsessive mission to find out who imprisoned him, only to discover that the real mystery is why he was set free. Co-starring Elizabeth Olsen and Sharlto Copley, OLDBOY was directed by Spike Lee, from a script by Mark Protosevich (I Am Legend, The Cell, Thor). The film was produced by Roy Lee, Doug Davison and Nathan Kahane.
Distributor: FilmDistrict
Release Date: November 27, 2013
Director: Spike Lee
Writer: Mark Protosevich
Starring: Josh Brolin, Elizabeth Olsen, and Sharlto Copley
Contest info was provided by FilmDistrict and StrategyPR