Austin, Texas — The Austin Film Critics Association is pleased to announce its selection of three new members to its 2015 roster: 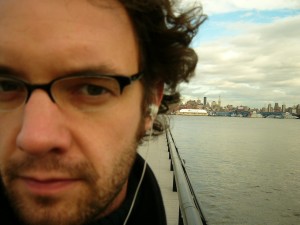 Don Simpson is the Managing Editor of Smells Like Screen Spirit, where he has authored close to 1,400 film reviews and interviews since the site’s inception in 2008. Don is also a regular contributor for Hammer to Nail and JEsther Entertainment. Armed with a Master’s degree in Cinema Studies from Temple University, Don kicked off his film criticism career in high fashion by covering SXSW 1998 for Aint It Cool News under the pseudonym of “Vertov” (yes, as in Dziga). Other highlights of Don’s 17-plus years of writing about film include contributing to Film Threat, Film School Rejects, Adobe Airstream, Devil in the Woods, Pop Culture Press, and the Los Angeles Journal. Don also is a card-carrying member of the Online Film Critics Society, Criticwire, and the James Agee Critics Circle.

Ed Travis co-founded Cinapse.co, after amassing more than a decade of online film criticism experience. Cutting his film review teeth at Hollywood Jesus for many years, Ed moved to Austin, TX, in 2010 to change focus and start a career in the film industry. After running ActionFest’s blog in 2011, writing as “Terry Malloy” at Ain’t It Cool News for an extended period, and doing some writing at sites likeChud.com and ScreenCrush, Ed’s desire to try his hand at running his own film site took hold. Founded in early 2013, Cinapse is approaching 2,000 reviews, has a writing staff of more than 15 people from across the country, and is still just getting started. Ed lives with his wife Kristina and baby daughter Abby. He works at Mobile Loaves & Fishes, an organization that feeds the hungry and houses the homeless of Austin. 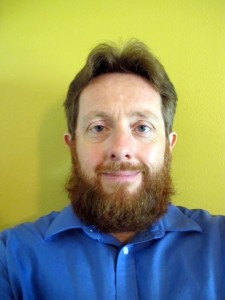 A staff writer with the Austin Chronicle, Richard Whittaker authors the weekly DVDanger column, and is a regular co-host on Digital Noise for Oneofus.net. Prior to this, Richard ran the Curmudgeon website, and was an editor and film reviewer for the Ad Hoc family of publications in Oxford, Cambridge, and Leeds. Richard is a graduate of the Universities of York, Stirling, and UT Austin, and has previously served as an award juror for Fantastic Fest.

Founded in 2005 by Cole Dabney and Bobby McCurdy, the AFCA has seen its numbers grow to more than 30 members with a diverse roster of professional film critics who regularly review movies for national television stations, daily newspapers, weekly alternatives, local radio, monthly magazines, and websites with international prominence. Each December, AFCA members vote on the year’s best in film, celebrating excellence on both sides of the camera.