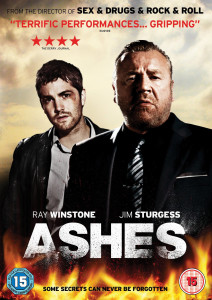 RATED:  Not Rated – would probably be Rated R due to violence and drug use

Ashes, an Indo-American, living in New York is struggling to make ends meet as he takes care of his mentally ill brother and his mounting medical expenses.  Working as a street dealer and getting mixed up in a territorial battle between Floyd and Pinky, Ashes’ world starts to unravel drastically.  Unaware of his brother’s own struggles, Ashes finds himself at the edge of something he may never be able to find his way back from.

This film is riddled with bad choices.  Bad editing, holes in the storyline, over-use of bad steady-cam, a seriously slow paced script and even more pointless narration.  Although this could have been a good family drama about two brothers, this movie never really got legs under it to carry it.

Overall, I’m giving this one a one out of five for the potential it had, but nothing more.  This is definitely a failure.  I cannot recommend this one for any reason at all except as an example of what NOT to do when making a movie.  This has everything you should not do for display.