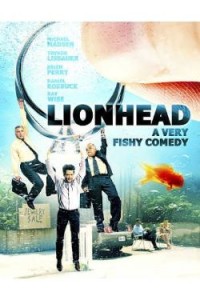 RATED:  Not rated, probably rated R for language and violence

Frank wants to marry his girlfriend Darlene.  Her parents don’t think he is worthy of her or their family.  He sets out to prove them wrong and gets into a mess with a fake diamond ring and a dangerous con ring that have mobsters after them.  The desperation of the two parties collides in a climax of gunplay and wits.

This movie is a stinker.  It’s boring and rather pointless.  It’s easy to lose interest in the characters and their plights in this one.  If viewing this one was based solely on the trailer, it never would have been viewed.  The story is ridiculous and rather pointless.  The situation is incredible and unreal.   This is just a stinker of a movie.

The jibber jabber of Lissauer is very similar to the rantings of Woody Allen.  The voice pitch is annoying and the dialogue is ridiculous and whiney.  No one delivers a stellar performance.  This is a movie to skip and never see.  Unless you are a fan of one of the actors in this film, there really is no reason to see it.  Not even as a TV viewing or other free viewing.  Let’s face it, it’s not exactly free when it takes time from you that you won’t be able to regain.

So, overall, this is one to skip.  Just go watch something much, much better and be happy that you were warned off this one before it was too late.